Best Network In India For Sim Card In 2019 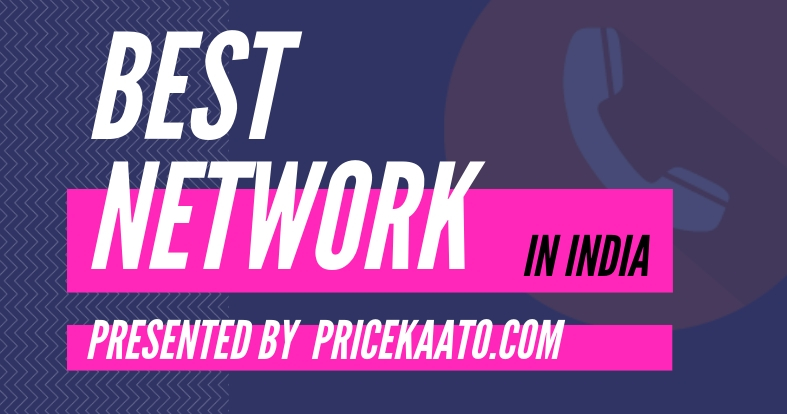 You are reading this article! That means you are a bit worried about which mobile network should you choose for your next sim card, right? Well, you have landed on the perfect place. Here we will be talking about the best network in India to choose for your mobile sim card in 2019.

In the past few years Indian telecom sector has changed a lot, mainly because of Jio. But still there are lots of issues with the networks as the network providers don’t have equal infrastructure and coverage in different cities and locations across the country.

Mobile networks burn a lot of money each year in advertising on TV and other promotional channels. But, these advertisements are made to change how a user thinks about a specific provider. Like you have seen this on Airtel’s commercial.

They try to make you believe that their network is the best network in India and you should definitely give them a try and then compare.

But it’s not something we want to change so often. So, you should first compare and then get the perfect network based on your location.

Best Network In India To Get A Sim Card In 2019

No network is best for all geographical areas. Some are good at your location, they might be worst in other places and which doesn’t provide good coverage in other cities/locations might have good coverage in your area. So, you should choose the best network in India depending upon the area you stay in most of the time. 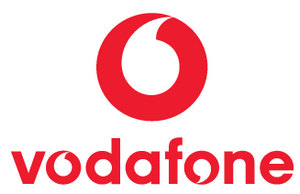 Position: It's the No.1 mobile sim network in India with the largest number of subscribers.

Vodafone and Idea have been merged recently due to the pressure created by Jio in the telecom market. Now, technically they the biggest mobile network in India right now making them have the widest network coverage across the country.

Besides that, Vodafone Idea is also one of the best sim card in India for internet. I personally use Vodafone sometime as my secondary network for internet. They provide good internet speed in my area compared to Airtel. Here, they are really data strong network.

But you also need to check the ground reality at your location. Because Airtel might be the best there. Make sure you are close to a Vodafone Idea tower before getting a new or switching to Vodafone connection.

Coming to it’s current plans offering. Basic plan for talk time is almost similar to the other networks, so you don’t need to think about that.

But coming to it’s internet plans offering, it provides you 1.4GB 3G/4G data per day, unlimited calls, 100 SMS per day for a period of 28 days at Rs 199. For increased validity period there’s the Rs 458 plan which provides the same benefits for a period of 84 days.

Below you can see some of the Pros and Cons of Vodafone Idea network:

Position: It's the No.2 mobile sim network in India in terms of subscriber base.

Airtel always claims to be the fastest network throughout their TV commercials and ad campaigns. But there’s strong competition between Airtel and Jio is most of the places.

Note: Last year as a JioEffect, Bharti Airtel acquired Tata Teleservices’ consumer mobility business. So both of them are now under the same network.

It’s definitely not the fastest network as portrayed on Airtel ad campaigns for all areas and cities. There are areas where Airtel do provide good network coverage and signal like my area. But the internet experience with Airtel is really worst here even when the signal is full.

But that might not be the case in your area. Check the signal and internet speed of Airtel at your area from friends, relatives or neighbors who are using it. But don’t forget to check if the internet connection fluctuates very often because that’s the most important thing when you surf or watch videos on Internet. 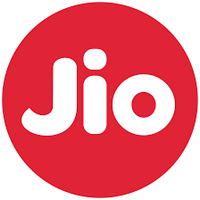 Position: It's the No.3 best sim in India in terms of user-base.

Though Jio is coming in the number three position in our best network in India list. But, for a large number of cities and locations, Mukesh Ambani led telecom company Reliance Jio is definitely the best network. And I also live in one of those locations where Jio is everything when it comes to internet.

Previously I was afraid of using Jio and was using BSNL Broadband. But believe me, when I switched to Jio, I found it better. The internet connection with Jio is very stable and you can surf internet or watch YouTube videos or enjoy watching web series on OTT platforms without any hassle.

In fact, I am also running this website and doing other small web development stuffs all the time being on this network. With Jio, network strength might be a bit lower than the others but you will definitely get a stable internet speed and voice calling.

Still it’s always better to check the ground reality of Jio in your area from your neighbors. Possibly, Jio will be a perfect fit for you.

Jio is currently offering 1.5GB 4G data/day, 100 SMS/day, unlimited voice calling and free subscriptions to Jio apps for 28 days at Rs 149. For increased validity, you can opt for the Rs 399 plan which provides the same benefits for a validity period of 84 days. 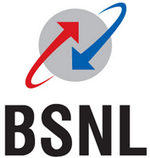 Position: BSNL is the No.4 top mobile network in India in terms of subscriber base.

BSNL (Bharat Sanchar Nigam Limited) may not be the #1 in best mobile sim network in India list. But it does provide some benefits which are unmatched. The three telcos listed above should be in your priority list. But if they aren’t fulfilling your needs, go with BSNL.

In some areas where other networks don’t have good coverage, BSNL might be the life saver.

Another reason to choose BSNL is that all the other telcos excepting BSNL and Jio requires a minimum monthly recharge of Rs 23 to remain active. But BSNL gives you validity of 6 months at just Rs 46.

So, if you don’t want to pay for monthly recharges to keep your connection alive, you may port your existing number to BSNL or take a new connection and enjoy way more validity at the minimal cost.

But porting out to BSNL may take more time than usual and sometime it might delay in receiving OTPs (One time password). If you do internet banking and other stuffs frequently where OTP is important, then first of all check it with others in your area who are using BSNL. One of my relative faced this issue when he switched to BSNL.

In terms of internet connectivity, it’s good in some places and equally bad in other places. You need to know it from BSNL users in your area. Plus BSNL 4G is not available in all circles in India. Lately, some areas were under pilot testing for BSNL 4G.

Position: MTNL is the No.5 best Indian mobile network in terms of user-base.

MTNL also known as Mahanagar Telephone Nigam Limited is also a state-owned telco. But it doesn’t have network coverage all over the country. MTNL is an option only for those who live in metro cities of Mumbai and Delhi.

But in those areas, MTNL provides an average connection and it offers both 3G services and Fibre-to-home (FTTH) or broadband services.

MTNL is the last item in our best network in India list. So, it’s better to go with any of the first three items listed above.

If you notice, you can see that after the launch of Jio, big telcos Vodafone and Idea have been merged and small telcos like Aircel declared bankruptcy and other telcos such as Tata Docomo, Virgin, Reliance Communication has vanished completely.

So, consumers also have very limited options to go for. But the top 3 best network in India which is Airtel, Vodafone and Jio will surely fulfill your demands. All of them are now offering unlimited voice calling, daily SMSes and daily data at pretty cheap rate.

I hope this article about the best network in India helped you to find the perfect fit for your requirements. Now let me know your opinion about these telcos in the comment section below so that other readers also get some inputs from you!

5 Best SmartWatches Under Rs 5000 In India